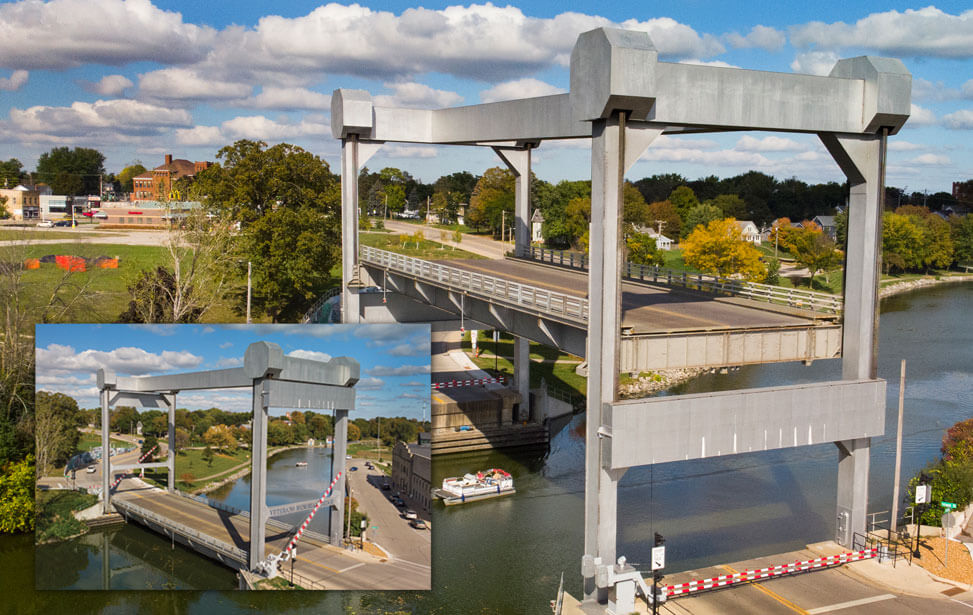 Built in 1984, the Veterans Memorial lift bridge spanning the Fox River in Kaukauna, Wisconsin was in need of repair. The bridge features a 90 ft. long center span that raises 55 ft. to allow large vessels to pass. The refurbishment focused on the replacement of the bridge’s mechanical drive components, including braking systems, that had not been used since the early 1990s due to the river’s lock closure.

In its search for economical braking solutions, the bridge construction contractor contacted an Altra Motion distribution partner based on previous successful collaborations. While competitor brakes were considered, ultimately, Stromag SAB brakes were selected due to their reliable performance.

The elaborate drive system, enclosed in the bridge’s upper super structure, utilizes two electric motors that drive a single gearbox with dual output shafts. Each of these shafts connect to a secondary gear reducer to turn pinion shafts that move vertical gear racks which raise and lower the bridge span.

The SAB brakes provide static holding (parking) functionality during normal operations. However, in the event of a power loss, the brakes can also provide E-stop functionality. All brakes feature a hand release lever, status switches, ascent or descent valving, special voltage and high temperature seals in the thrusters. 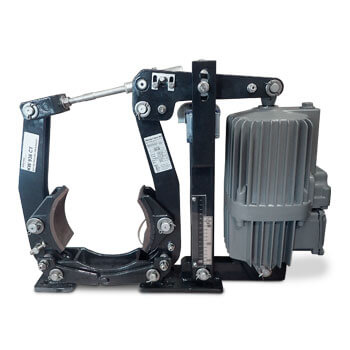